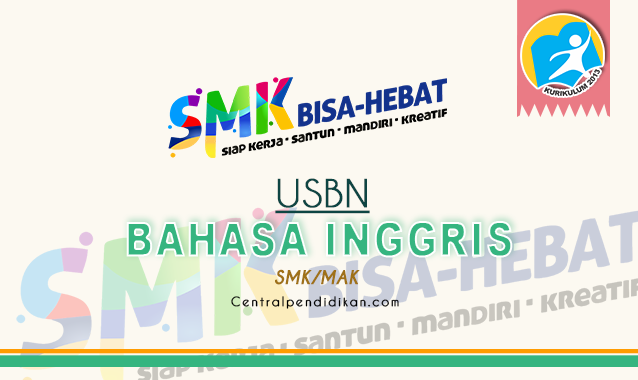 Dear Paula,
Hello Paula, how are you? It’s been a month since I last heard from you. Well, I just wanted to tell you that I was in a hospital last week. According to the doctor; I was infected by dengue fever.
At first, I felt my body became weak then I fainted when I was studying in the classroom. Then, I was taken to the hospital because of the high fever.
At the hospital, I was brought into the emergency unit. The doctor immediately gave some treatment. Finally, I had to stay there for one week. Everyday the doctor kept me on a drip.
At the seventh day, my condition was getting better. After the final check, the doctor gave me permission to go home. Now, I’m okay and because of my illness, I am now more careful about keeping in my house clean especially my room, I don’t want to get the same illness again.
OK, I think that’s all from me, write to me soon ok?

4. What did the writer do when she felt her body became weak?
A. She consumed the medicine
B. She took a rest all day
C. She went to hospital
D. She bought medicine
E. She wrote the letter
Jawaban : C

5. “I was infected by dengue fever. The underlined word is can be replaced by . . . .
A. influenced
B. inferred
C. moved
D. arranged
E. attacked
Jawaban : E

MR and MRS YOSEPH SEMBIRING invite you to share the joy of the marriage uniting their daughter Alice Sambiring to Jeffry Sitorus Friday, the thirteenth of June two thousand and eight At three o’clock in the afternoon Gajah Wong Restaurant jl. Affandi Yogyakarta

7. The party will be held ….
a. in the morning
b. in the afternoon
c. in the evening
d. at night
e. tomorrow morning
Jawaban : C

I took for granted, all the times
That I thought would last somehow
I hear the laughter, I taste the tears
But I can’t get near you now

9. What does this verse mean?
“Oceans apart day after day
And I slowly go insane

I hear your voice on the line
But it doesn’t stop the pain”
a. The woman stays far away
b. The man is broken heart
c. The man is sick
d. The man is going crazy
e. The woman calls the man
Jawaban : A

Every year has its great men and women who are remembered for what they have done for their country. One of indonesia’s great men is Dr. Mohammad Hatta. He was a man with deep love for his country and people.

Dr. Muhammad Hatta was born in Bukittinggi on August 12th , 1902. While still in junior high school in Bukittinggi, he became interested in politics and joined the League of Young Sumatrans.

He left Bukittinggi to study in Batavia. Then he went to the Netherlands. He studied economics and gained a doctorate degree there. During his stay there he was active in the national Movement. Because of his activities, he was arrested.

In 1923 Hatta returned to Indonesia. He joined a political organization called “Pendidikan Nasional Indonesia”. One of its goals was to develop political awarness among the Indonesian people. His acyivities again led to his arrest. The colonial government exiled him yo Boven Digul, and later to Banda Naira. Shortly before the Japanese invasion. He was brought back to java.

When the Japanese surrendered in August 1945, Soekarno and Hatta proclaimed Indonesia’s Independence. Hatta became the first vice-president of the Republic of Indonesia.

In 1956 Hatta resigned as vice-president and devoted himself to writing. On March 14, 1981,dr.Mohammad Hatta passed away in Jakarta.

Nowadays, he is no longer living among us.howevr, his spirit of loving the country and nation is one of the reason why he is well remembered.

Victoria Caroline Beckham is an english singer –songwriter,dancer,model,actress,fashion designer and businesswoman. She was born on April 17,1974, in Essex,England. She became famous in the 1990’s with the pop group “The Spice Girls” and was known as Posh Spice. In 1999, she merried the Manchester United and England footballer, David Beckham. They have four children, three sons and a daughter.

After the Spice Gilrs split up, she persued a solo singing career, but also started her own fashion range called dVb Style. Since this initial foray into fashion Victoria Beckham has brought out her own range of sunglasses and fragrance entitled’ intimately Beckham’ and a range of handbags and jewelry.

In addition she had written two best –selling books : one her autobiography and the other , a fashion guide.

13. ‘After the Spice Girls split up ‘ … (Paragraph). The synonym of the underlined word is …
a. separated
b. joined
c. combined
d. worked together
e. coordinated
Jawaban : A

15. What should we do after inserting the SIM card?
A. Open the cover of the hand phone
B. Disconnect the charger
C. Close the battery with a cover
D. Insert the battery inside
E. Charge the handphone.
Jawaban : D

16. “Fifth, connect the lead from the charger to the bottom of the hand phone.
The antonym of the underlined word is …
A. the height
B. the case
C. the length
D. the top
E. the side
Jawaban : D

I have a pet. It is a dog and I call it Brownie.
Brownie is a Chinese breed. It is small, fluffy, and cute. It has got thick brown fur. When I cuddle it, the fur feels soft. Brownie does not like bones. Every day it eats soft food like steamed rice, fish or bread. Every morning I give her milk and bread. When I am at school, Brownie plays with my cat. They get along well, and never fight maybe because Brownies does not bark a lot. It treats the other animals in our house gently, and it never eats shoes. Brownie is really a sweet and friendly animal.

17. What is the communicative purpose of the text?
a. to describe a particular animal
b. to share an amusing incident with others
c. to present two points of view about an issue
d. to inform the readers about the beauty of Brownie
e. to retell events for the purpose of informing or entertaining
Jawaban : A

19. From the text, we may conclude that….
a. Brownie,Is a Japanese breed.
b. Brownie likes eating bones.
c. Brownie has thick black fur.
d. Brownie is a male dog.
e. Brownie is a friendly animal.
Jawaban : E

The Effects of Social Media Networking for Teenagers
Social media networking are already popular among teenagers who use any kind of gadget and smart phone. It brings some effects to their development. It could bring bad effects if they are not guided to use it wisely. Teenagers could be difficult to concentrate and focus when they are studying. They can be very dependent on it. It could lead the teenagers to be absent in the direct socialization process in which it is more important at their age to build their social skill.
Considering some facts above, let us reduce the bad impacts of the use of social media networking for teenagers:
• It needs parents’ involvement in controlling their teenagers’ activity on social media networking.
• Parents should direct their teenagers to join activities which attract their interest.
• Parents should have more conversations with their teenagers.

On Wednesday, my students and I went to Yogyakarta. We stayed at Dirgahayu Hotel which is not far from Malioboro.
On Thursday, we visited the temples in Prambanan. There are three big temples, the Brahmana, Syiwa and Wisnu temples. They are really amazing. We visited only Brahmana and Syiwa temples, because Wisnu temple is being renovated.
On Friday morning we went to Yogya Kraton. We spent about two hours there. We were lucky because we were led by a smart and friendly guide. Then we continued our journey to Borobudur. We arrived there at four p.m. At 5 p.m. we heard the announcement that Borobudur gate would be closed. In the evening we left for Jakarta by wisata bus.

22. The purpose of the text is to…
a. Tell past events
b. Entertain readers
c. Describe the smugglers
d. Report an event to the police
e. Inform readers about events of the day
Jawaban : A

24. The text is written in the form of a/an…
a. narrative
b. report
c. recount
d. anecdote
e. spoof
Jawaban : C

Oceans face 'deadly trio' of threats, study says
The world’s oceans are under greater threat than previously believed from a “deadly trio” of global warming, declining oxygen levels and acidification, an international study said on Thursday.
The oceans have continued to warm, pushing many commercial fish stocks towards the poles and raising the risk of extinction for some marine species, despite a slower pace of temperature rises in the atmosphere this century, it said.
“Risks to the ocean and the ecosystems it supports have been significantly underestimated,” according to the International Programme on the State of the Ocean (IPSO), a non-governmental group of leading scientists.
“The scale and rate of the present day carbon perturbation, and resulting ocean acidification, is unprecedented in Earth’s known history,” according to the report, made with the International Union for Conservation of Nature.
The oceans are warming because of heat from a build-up of greenhouse gases in the atmosphere. Fertilizers and sewage that wash into the oceans can cause blooms of algae that reduce oxygen levels in the waters. And carbon dioxide in the air can form a weak acid when it reacts with sea water.
Source: https://www.reuters.com/article/us-climate-oceans/oceans-face-deadly-trio-of-threats-study-says-idUSBRE99208K20131003

26. The main idea of the first paragraph is...
a. The ocean have continued to warm.
b. International study about global warming.
c. The world's oceans are under greater threat than previously believed from a “deadly trio”.
d. The scale and rate of the present day carbon perturbation.
e. The oceans are warming because of heat
Jawaban : C

27. According to the text, what makes the marine species possibly extinct?
a. The oxygen levels.
b. The ocean marine life.
c. The increasingly warming oceans.
d. The movement of fish stocks.
e. The slow pace of temperature rise.
Jawaban : C

28.The world's oceans are under greater threat than previously believed..." (Paragraph 1)
The underlined word means...
a. until
b. after
c. next
d. before
e. while
Jawaban : D

29. What is the topic of the text about?
a. Greenwood
b. Types of homes
c. Residences for sale
d. Prices of the apartments
e. Location of the residences
Jawaban : D