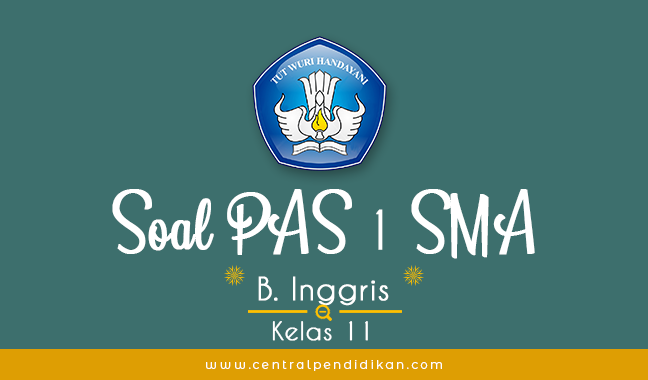 Text 1 is for no. 16 - 18
Tattoo and Piercings
Tattoo and body-piercing are very popular in several countries. For example, in Korea, body-piercing is done by popular singers and artists. They do that because they want to look different and exceptional. But, tattooing for young people should be banned because tattoos can affect their health and skin.
Many countries, including the U.S.A., urge that underage youngsters should not be allowed to get piercings and tattoos. People feel differently about tattooing and piercing because criminal groups, like gangsters, usually have tattoos. Some gangs indicate that they are members of a group by getting a specially-shaped tattoo, so youth might be likely to join bad circles.
From the facts above, it can be concluded that young people should not get piercings and tattoos. They can't get them without parental consent.

16. ". . . tattoos can affect their health and skin." (paragraph 1) What does the underlined word refer to?
a. popular singers and artists.
b. many countries.
c. Korean people.
d. young people.
e. many people.

17. According to the text above, which of the following sentences is NOT true?
a. The American Government advises young people to get piercing and tattoos.
b. Young people can't get tattoos and body-piercing without parental consent.
c. Gangsters and other criminal groups usually have tattoos and piercing.
d. Popular singers and artists in Korea like to have body piercing.
e. Tattoos can affect health and skin.

18. ". . . so youth might belikely to join badcircles." (paragraph 2).
What is the synonym of the underlinedword?
a. inappropriate.
b. tend
c. opposite.
d. suitable.
e. proper.

Nowadays, many people can connect with other people by using social media such as facebook, twitter, path, etc. So, online etiquettes are definitely needed to prevent any misunderstanding, disputes, harassment and crime.
Firstly, you do not have to add friends on your social media if you don't know them well or speak to them only occasionally. We must keep in mind that a stranger might harm you. Secondly, you do not have to post photos of other people drunk, drinking or doing other nonsense. Your entire life doesn't need to be uploaded to a public website that other people can see. But, you can still take and keep your pictures privately. Thirdly, you have to be careful when you want to post something on your friend's walls. You do not need to write inappropriate things. It may look funny for you, but it can just look bad to others.
You know that social media is a good place for discussions. You can share the good things, but the bad things should be done elsewhere. This can make everyone use online etiquette.

20. According to text above, which of the following sentences is NOT true?
a. Online etiquettes are needed to prevent something terrible happening when you use social media.
b. You have to be careful when you want to post something on your friend walls.
c. You cannot post photos of other people doing nonsensical activities.
d. You do not have to add someone that you know in real life.
e. You don't have to post inappropriate things.

21. "But, you can still take and keep your pictures privately." (Paragraph 2) What does the underlined word mean?
a. vaquely.
b. carelessly.
c. secretly.
d. publicly.
e. openly.

Smoking is. a bad habit that we must avoid. Commonly, most people start smoking because of peer pressure, depression, the need to lose weight, to relax, or to fit in. For young people, they usually start to smoke to feel better about themselves. They think that it is the only way to get through their problems.
Actually, smoking is not good for our health. It causes lung cancer, bad breath, yellow teeth or nails, bronchitis, and other diseases. But, mentally, if someone has been smoking, they can encounter some loss of concentration or balance that can affect their social life. Actually, smoking can become very addictive and kills more people than car accidents, marijuana, illicit drugs, suicide, murder, and other things.
From the reasons above, we can conclude that smoking is a bad habit that does not give us any advantages.

24. What is the main idea of the second paragraph?
a. Smoking can lose our balance and concentration.
b. Smoking can relieve stress and depression.
c. Smoking can cause several disadvantages.
d. Smoking makes people become addicted.
e. Smoking causes many diseases.

25. “Smoking is a bad habit that we must avoid” (paragraph 1).
What cana replace the underlined word?
a. face.
b. admit.
c. prevent.
d. promote.
e. encourage.

43. The floor ... since yensterday.
a. not sweeping
b. has not swept
c. not being swept
d. not be sweeping
e. has not been swept

44. This is a very popular TV program. Every week it ... by millions of people.
a. watches
b. is watched
c. has watched
d. had watched
e. being watched

49. “Ridwan looks very happy today.”
“Don’t you know that he ... to General Manager?”
a. has to promote
b. has promoted
c. to be promoted
d. being promoted
e. has been promoted

50. “Nayla is called for the interview.” It means: “Personnel department ... Nayla for interview”.
a. calls
b. called
c. is called
d. was called
e. has called
Soal lengkap : DOWNLOAD