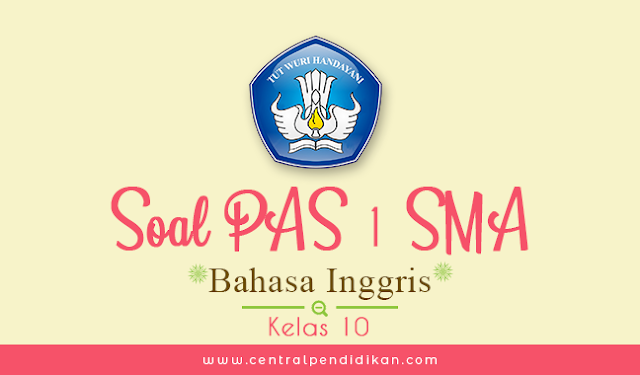 This is the end of the listening section

Masjid al-Qiblatayn (Arabic: المسجد القبلتین‎‎), or the Mosque of the Two Qiblas, is a mosque in Medina that is historically important for Muslims as the place where, after the Islamic Prophet Muhammad received the command to change the direction of prayer (qibla) from Jerusalem to Mecca, the entire congregation led by a companion changed direction in prayer. Thus it uniquely contained two prayer niches (mihrabs). Recently, the mosque was renovated; the old prayer niche facing Jerusalem was removed, and the one facing Mecca was left. The Qiblatayn Mosque is among the earliest mosques in Islam's history, along with Quba Mosque and Al-Masjid al-Nabawi, barring the Great Mosques of Mecca and Jerusalem, which are associated with earlier Prophets, in Islamic thought.

The name of the mosque goes back to the lifetime of Muhammad, when his companions named it after an event that took place. Muhammad received revelation from Allah instructing him to take the Kaaba as the Qiblah in the early morning hours of the day. He announced this to his companions in his own mosque (Masjid-al-Nabwi), after which the news began to spread. A companion who heard this went to Masjid al-Qiblatayn to share this news. Upon arriving, he noticed the congregation were already engaged in the afternoon prayer (Asr). He called out from the back of the mosque that the change of direction has been ordained, and upon hearing this, the imam (leader of the prayer) immediately turned around to face Mecca, and those praying behind him also did so. After this, the mosque in which this incident occurred came to be known as Masjid al-Qiblatayn (i.e. 'Mosque of the Two Qiblas'). Many pilgrims who go to Mecca for hajj often visit Medina where some end up visiting the notable Qiblatayn because of its historic significance.

The main prayer hall adopts rigid orthogonal geometry and symmetry which is accentuated by the use of twin minarets and twin domes. Living accommodations for the Imam, the Muezzin and the caretaker are discreetly grouped in one block to the west of the main structure. The difference in level at the southeast corner of the site has been exploited to incorporate a sub-basement level which serves as the ablutions area for worshippers.

The main dome to the south is raised on a drum of clerestory windows which allow light to filter into the interior directly above the mihrab. The second, false dome is linked to the first by a small cross-vault to symbolise the transition from one qibla to another. Below it, a replica of the mihrab found in the lower chamber of the Dome of the Rock in Jerusalem reminds onlookers of the oldest extant mihrab of Islam. Externally, the architectural vocabulary is inspired by traditional elements and motifs in a deliberate effort to offer an authentic image for an historic site.

The mosque is located on the north-west of the city of Medina, on Khalid bin al-Waleed road. The mosque was initially maintained by Caliph Umar ibn al-Khattāb. By the rise of the Ottoman Empire the mosque was maintained by Sultan Suleiman the Magnificent who renovated and reconstructed it.

17. What does paragraph 2 talk about?
a. Rasulullah Muhammad SAW was instructed to change the direction of qibla.
b. Rasulullah’s companion spread the news about the changes.
c. Rasulullah announced the changes to his companions.
d. Many pilgrims who go to perform Hajj visit the mosque.
e. The reason why it is called Al Qiblatayn.

Text 2 for question number 21-26
The Mosque of Amr ibn al-As (Arabic: جامع عمرو بن العاص‎‎), also called the Mosque of Amr, was originally built in 641–642 AD, as the center of the newly founded capital of Egypt, Fustat. The original structure was the first mosque ever built in Egypt and whole Africa. The location for the mosque was the site of the tent of the commander of the Muslim army, general Amr ibn al-As. One corner of the mosque contains the tomb of his son, 'Abd Allah ibn 'Amr ibn al-'As. Due to extensive reconstruction over the centuries, nothing of the original building remains, but the rebuilt Mosque is a prominent landmark, and can be seen in what today is known as "Old Cairo". It is an active mosque with a devout congregation, and when prayers are not taking place, it is also open to visitors and tourists.

The original layout was a simple rectangle, 29 meters in length by 17 meters wide. It was a low shed with columns made from split palm tree trunks, stones and mud bricks, covered by a roof of wood and palm leaves. The floor was of gravel. Inside the building the orientation toward Mecca was not noted by a concave niche like it would be in all later mosques. Instead four columns were used to point out the direction of mecca, and were inserted on the qibla wall. It was large enough to provide prayer space for Amr's army, but had no other adornments, and no minarets.

It was completely rebuilt in 673 by the governor Maslama ibn Mukhallad al-Ansari, who added four minarets, one at each of the mosque's corners, and doubled its area in size. The addition of these minarets allowed the call to prayer to be heard from every corner, and taken up by other nearby mosques. Governor Abd al-Aziz ibn Marwan added an extension to the mosque in 698 and once again doubled the mosque's area. In 711 a concave prayer niche was added to replace the flat one. In 827, it had seven new aisles built, parallel to the wall of the qibla, the direction that Muslims were to face during prayer. Each aisle had an arcade of columns, with the last column in each row attached to the wall by means of a wooden architrave carved with a frieze.

In 827, governor Abd Allah ibn Tahir made more additions to the mosque. It was enlarged to its present size, and the southern wall of the present day mosque was built. In the 9th century, the mosque was extended by the Abbasid Caliph al-Mamun, who added a new area on the southwest side, increasing the mosque's dimensions to 120m x 112m.

At a point during the Fatimid era, the mosque had five minarets. There were four, with one at each corner, and one at the entrance. However, all five are now gone. The current Minarets were built by Mourad Bey in 1800. Also, the Fatimid Caliph al-Mustansir added a silver belt to the prayer niche which was eventually removed by Saladin when the mosque was restored after the fire in Fustat.

In 1169, the city of Fustat and the mosque were destroyed by a fire that was ordered by Egypt's own vizier Shawar, who had ordered its destruction to prevent the city from being captured by the Crusaders. After the Crusaders were expelled, and the area had been conquered by Nur al-Din's army, Saladin took power, and had the mosque rebuilt in 1179. During this time Saladin had a belvedere built below a minaret.

22. From the text, we know that the original mosque ...
a. had four minarets.
b. had five minarets.
c. was 27m in lenght and 19m wide.
d. had specially built concave prayer niche.
e. was made from palm tree trunks and mud bricks.

23. In 827, the gorvenor did these followings, EXCEPT ...
a. built the southern walls.
b. enlarged the size of the mosque.
c. built new 7 aisles to the mosque.
d. order his men to fire the mosque.
e. made each aisle had an arcade of coloumn.

Surakarta Great Mosque is located within a 19,180 square meters complex surrounded by a solid wall. The design of the Great Mosque of Surakarta follows a conservative Javanese architecture principle. It basically consists of two buildings: the main prayer hall and the front hall (serambi). The main prayer hall has seven doors connecting it with the serambi. Four main posts (Javanese saka guru) supported the roof of the main prayer hall. This roof is a pyramidal tajug-styled roof, a type of roof traditionally reserved for sacred buildings in Javanese architectural principle. The roof is three-tiered, topped with a mustaka (rooftop ornament). As a royal mosque, there is a maksura to the left of the mihrab. A maksura is a place for the ruler of the kraton to perform prayer. In case of the Great Mosque of Surakarta, the maksura has a small hip roof.

30. The word ‘conservative’ in paragraph 4 is antonymous with ...
a. innovative.
b. traditional.
c. conventional.
d. old-fashioned.
e. unadventorous.

31. The word ‘basically’ is similar in meaning to ...
a. trivially.
b. certainly.
c. principally.
d. additionally.
e. permanently.

The text is for number 36-40.
Wawan is planning to visit his uncle and taking pulic transportation, bus, to go there. The time estimation from his house to his uncle’s is thirty minutes by bus. The bus will depart at 9.15. He is intending to leave his house at nine because to reach the nearest bus stop from home takes five minutes walk. Arriving at the bus station, he buys a ticket. He gets on the bus and sits behind the driver. The seat is clean and nice. Moreover, what makes him very excited is the view along the way. He enjoys seeing the nature, people and traffic rush. Wawan is planning to stay at his uncle’s for a dayand he can’t wait to get there.

GRAMMAR SECTION: for questions 41 to 50